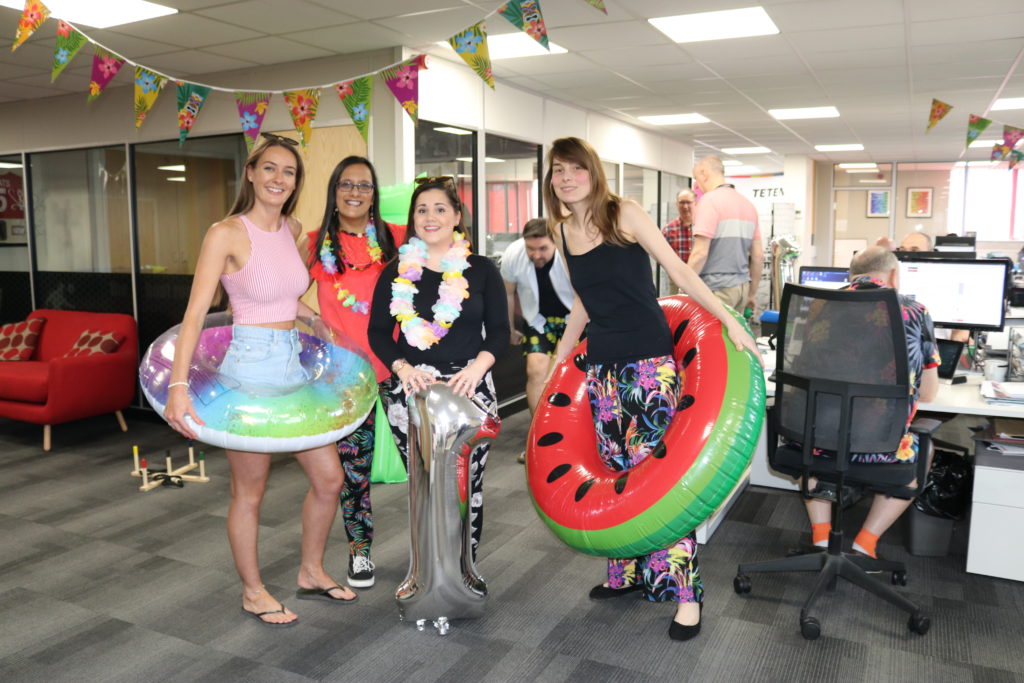 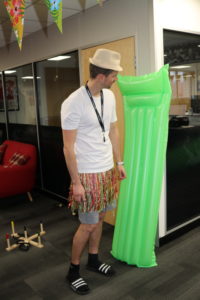 There was a big party in the Tetenal office last Wednesday to celebrate the company’s 1st birthday and those that made the past year possible. You may have seen some pictures documenting the days antics but here’s a rundown of the beach party, featuring everything from Pina Coladas, to massages and terrible Hawaiian shirts!The day began around 9am with the pleasure of seeing everybody’s best beach wear as they walked through the door.

Everyone got involved: some wore shorts and a strappy top, others swimming trunks and shades, there were colourful pants, leis, bucket hats and sliders all over the place. The office was full of inflatables, banners, beach games and flowers but most notably, there were an array of Hawaiian shirts that took over Tetenal HQ. 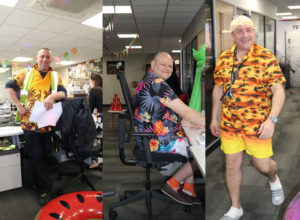 Then it was time for a number of beach games! After many failed attempts from the blokes in the room at throwing a beanbag to knock over cans, Nimisha came along and put those netball skills to good use, smashing the game (There’s evidence over on our Twitter!). Technical operations main man, Rob Blanchard won beach boules (By sheer luck, we think) and multiple people claim to have won the horseshoe throwing contest… hmm convenient, eh? 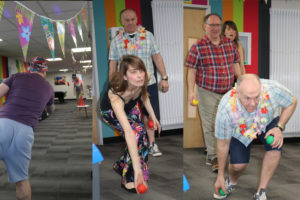 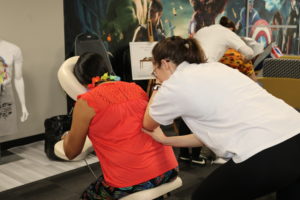 Once midmorning swung around, the masseuses arrived and we had the perfect combination of massages and a picture quiz (put together by our own pub quiz wiz, Craig Bird). Our pop culture, music, geography and current affairs knowledge was tested to the max but managing director Mike Fawcett reigned supreme – and we’ll never hear the end of it from him.

It wouldn’t be a British beach without fish and chips, and people shot up from their chairs once the van arrived – It turns out that quizzes and party games are clearly hungry work. The fun didn’t end there though as it wouldn’t be an afternoon on the beach without one thing… 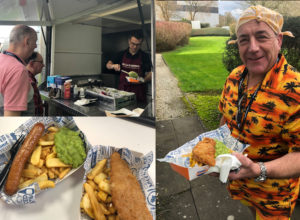 …cocktails! Well, mocktails. Tetenal’s youngest members Paris and Morgan headed the Tetenal bar with a selection of cocktails which people were queueing out the room for. The Pina colada was a particular favourite around the office, but Sales and Marketing Director Phil Barker swore by the Shirley Temple. 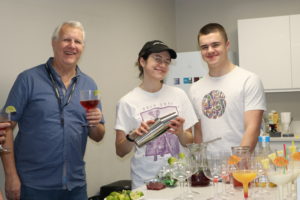 As you can probably image, by the mid-afternoon we were tired, so it was the perfect time for a cake pick me up. Sugar & Ice Leicester made a gorgeous cake that the office lapped up in-between coffee, more games and keeping the day to day running of Tetenal going.

All in all, Tetenal’s 1st Birthday was an outstanding success, it’s the brilliant work of our staff that keeps us here as well as our customers and we want to celebrate that. This is just one of the many ways in which we like to make the office a happy, thriving place, and hopefully there will be many more parties like this in the years to come! 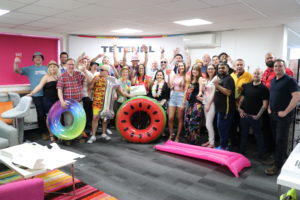